Coalition Brewing’s Charlotte Cook knows the industry inside out. We spoke to her about the past decade and the future for British beer

“We should be optimistic about the future of British brewing. There’s lots of brilliant, creative people doing interesting stuff”

Not many are as versed in modern British brewing as Charlotte Cook. Now head brewer at Coalition Brewing, she’s worked at Brewdog, Truman’s and Cloudwater, with a stint at Pohjala in Estonia too, over the past decade. It’s a background that gives her a fairly unique perspective on what has happened and, by extension, what is likely to happen next in the tumultuous world of British beer.

Cook, who followed a law degree with a masters in brewing from the University of Nottingham, is delighted to be part of the Coalition story right from the outset. The brewery is currently building its own production facility in London, having been contract brewing for the past few years.

“It’s really good to be able to put my mark on things from the beginning,” she says. “A lot of times you’ll go [into a brewery] and you might disagree with the way things are done, but you have to do it that way. Now I can do it the way I like to do it!”

How has British brewing changed since you’ve been involved?

“The styles of brewing have changed loads, and the way raw ingredients are used have changed a lot as well. There’s always this competition to have the most extreme something-or-other; ten years ago that was the most bitter beer, now it’s the most heavily dry-hopped, the fruitiest beer. We’ve had the sourest, too - all sorts of pointless competitions! I think beer has got more creative, because there’s lots of talented people and you can’t rest on your laurels.”

Hops have been a big theme over the past few years ... I believe you’re not a fan of throwing huge amounts of hops into the brew.

“I think it’s not the best utilisation of what is quite a precious ingredient, that for the most part is grown a long way from the UK. We’re importing them from Australia or New Zealand or Washington State and not using them to their fullest; we’re taking this really expensive, water-intensive ingredient [and then] essentially flushing it down the drain. I don’t see what it’s achieving.” 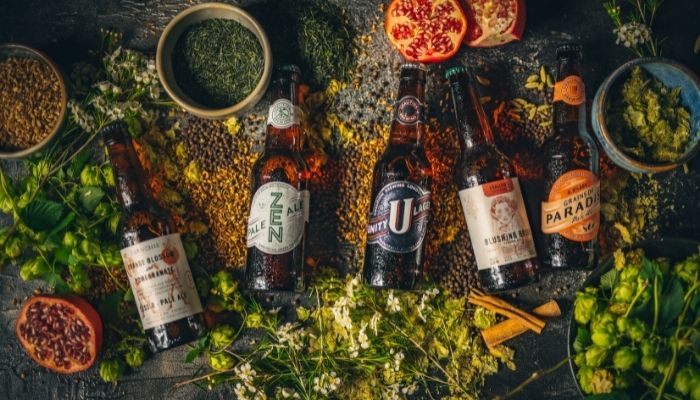 Which are your favourite styles?

“I love brown ales, amber ales and West Coast IPAs, and I do enjoy the mixed-fermentation beers - that’s interesting, clever beer. I really like bitter beer and really clean, crisp beers. I guess I have old-fashioned tastes.”

How big is the American influence on British beer?

“It’s still strong. I do think that American brewers tend to lead the way in terms of beer styles and the development of new brewing techniques. But I think Britain is catching up, although America is still a fair way ahead, and then Europe is catching Britain. It’s not quite a level playing field yet but it’s much more even than it was.

“Ideas spread so quickly these days. You can come up with a collaboration brew with someone in California in 20 minutes and have it in production a few days’ later. And I think the gulf between brewers has narrowed too - before COVID, it was quite normal for brewers to travel for festivals, so they don’t seem quite as intimidating as they did. It’s easier to collaborate when people are moving around and are happy to chat.”

So what do you think is coming next?

“I’m not sure - I think the whole no-boil brewing is going to really take off. Instead of boiling the wort with the hops, you just don’t, and rely on extreme cleanliness. The idea is that you get a purer hop character, the flavours aren’t driven off by the heat.

“What else is coming? I would like to see more people trying to tackle classic styles, rather than just giving it lip service. And looking after cask beer properly, too.” 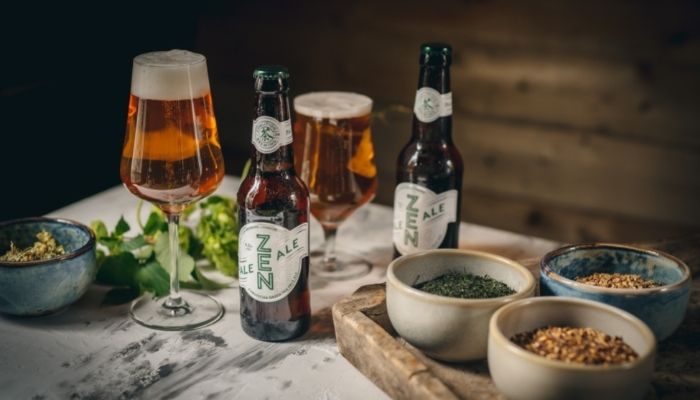 Are you optimistic about the future of British beer?

“I think we should be optimistic about the future of British beer. There are lots of interesting, creative people doing great things, and the culture has changed too. It’s gone from being a bit too cool for school to people actually being nice and wanting to help each other. People seem to be willing to work together to make sure everyone stays afloat, rather than ‘oh my competitor is struggling, that’s good news!’ That makes me optimistic - it seems to be a better environment for new brewers to come into.

“It seems less aggressive than it was. It’s like the texture of brewing has changed - it used to be quite sharp and spiky, quite aggressive, and now it’s a bit softer, a bit gentler. That’s good. There’s a lot of interesting things to come.”

If someone wanted advice on being a brewer, what would you tell them?

“I’d let them know the reality of it. It’s not as fun as it might seem on Instagram! I’d tell them to read about beer and brewing techniques, to really get a feel for that. I’d suggest they find a junior position somewhere, but not for free - we shouldn’t expect our cask washing and basic hygiene to be done by people who aren’t getting paid. Everyone should get a fair wage for the work they do, and we should stop letting breweries get away with doing that.”

2023 Submissions are now open. You can register your brands now to save £35 per entry with super early bird pricing that ends on September 30, 2022.