10 English Beers As Your Companion For Good Times

Sit back while we find new English beer candidates for your shelf to embrace celebrations because you deserve the best.

England has a history with beers and certainly, the reason why it’s there is because of their taste and brewing quality. They very well know how to make a beer drinker fall in love with the drink on the first go. Today we are getting a cleaner look at the best of fermentation from the United Kingdom to analyze claims of the English legacy of brewing and understand it better.

The below-mentioned beers were all winners in the fourth annual London Beer Competition after they went through a scrutinized process of being reviewed by our judges in terms of Quality, Value for money, and packaging. 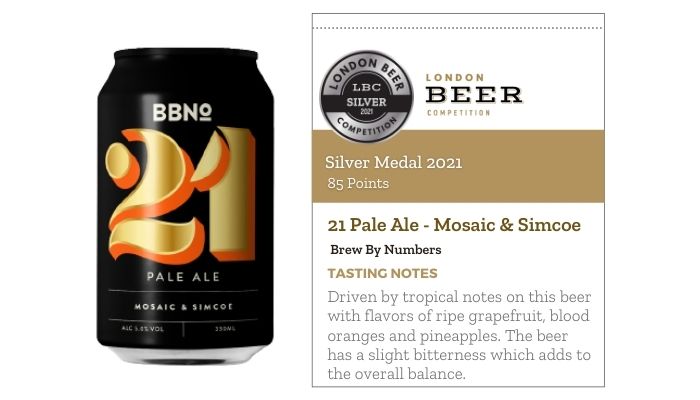 A drive for tropical notes and fruity flavors is what makes this English beer so extraordinary. A combination of ripe grapefruit, blood oranges, and pineapples make the drink settle well with the flavors and aroma to give an overall experience from sip one. The slight bitterness of the drink adds a balance to the consumption. This English beer is the answer to why you deserve the best.

The 21 Pale Ale - Mosaic & Simcoe is a silver medal winner in the London Beer Competition and bright hope for the English ale making history.

2. The Porter by Anspach & Hobday 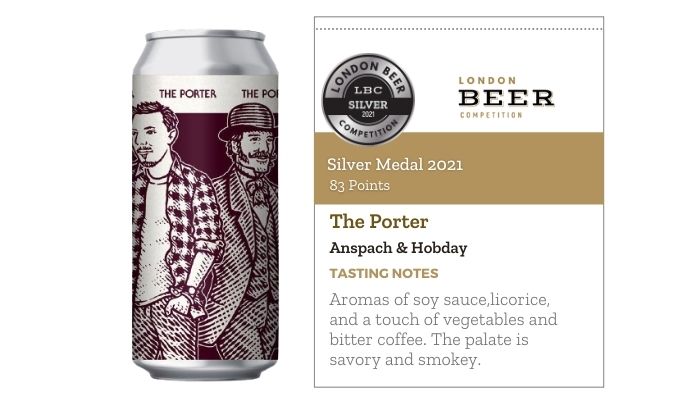 The aroma fused well with the flavours and effects that a drinker will remember well for a long time. The fragrances of soy sauce and liquorice with a hint of vegetables and bitters of the coffee are added wisely to get the best out of the taste and flavours of the beer. The palate is quite savoury and smokey to contain all the ingredients that complement each other and an overall experience for consumption. To make you understand this in a much more simple way, here’s a drink from the UK that needs to be your choice of good times - you deserve the best.

The Porter has bagged a silver medal in the London Beer Competition only to make it clear, the drink knows what it’s doing and is doing it right. 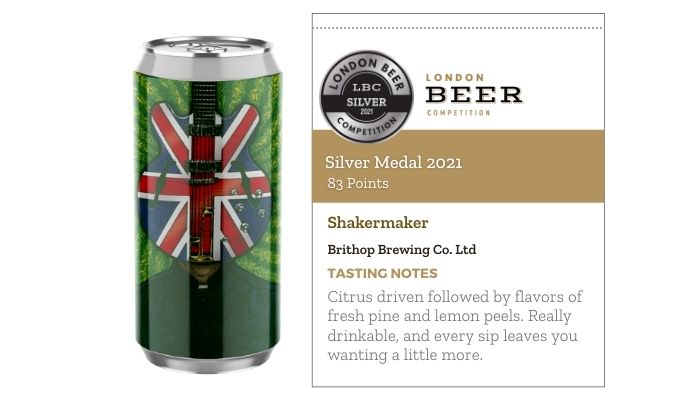 The flavours of Citrus are driven by the fresh pine and lemon peels to give it a sour touch and an addition to the flavours of the beer. Drinkable with every sip leaving you with a want of having more of the drink. This English beer is a partner you need to have for all your good times to appreciate them a bit more.

The Shakermaker made its way to the winner list of the London Beer Competition for all the right reasons and is a must-try for all the explorers out there. 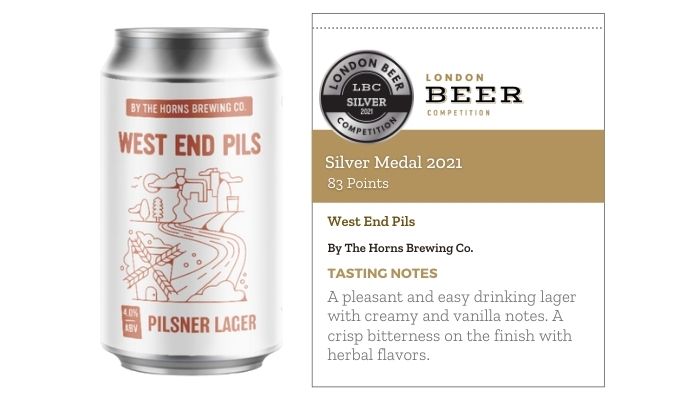 A very pleasant and an easy to drink lager with the notes of cream and vanilla make that add up to the smooth finishing. A bitterness that is crisp on the aftertaste with flavours of herbs and a touch of aromas that combine well with the entire drinking experience very well. This English beer is a stairway to beergasm and hence made it to the list of beers you need to have for your good times.

The West End Pils is also a silver winner in the London Beer Competition and a beer worthy to be on your shelf. 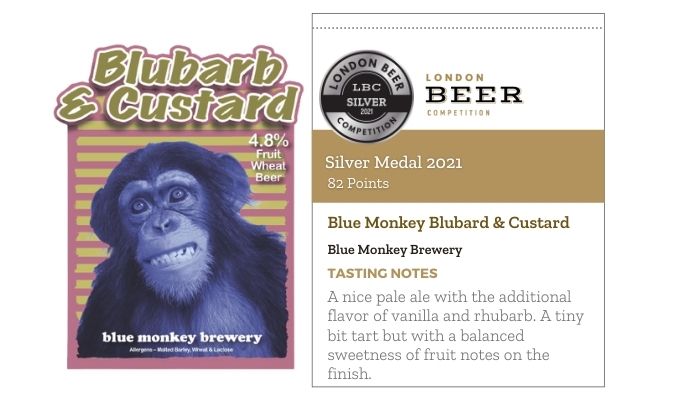 A refreshing and complex beer that is brewed using local fresh rhubarb. The initial tastes are creamy with an aroma of vanilla custard, which is followed by a burst of cascade hops which is again followed by the hints of refreshing British rhubarb. The drink has a subtle list of ingredients that settle well with each other only to bring out the best from this beer.

The Blue Monkey Blubarb is a medal-winning beer from England for its exquisite overall delivery that is worth trying and a potential contender to carry the English brewing legacy.

6. Lambeth Walk by By The Horns Brewing Co. 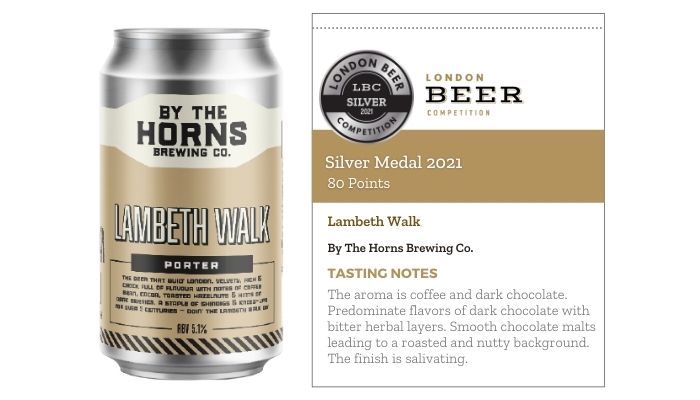 The fragrance of coffee and dark chocolate for a bit bitter touch to the beer. Flavours that predominate the essence of dark chocolate with layers of herbs and spices. Smooth on the end chocolate malts leading up to a nutty and a bit roasted background. The finishing of this English beer is salivating that makes the drinker fall in love with it, all it takes is one sip.

The Lambeth Walk is another award-winning beer from the London Beer Competitions that made its way to the winner’s list, for the drink it is, tells us a lot about its credibility and potential to make the drinker like this English beer. 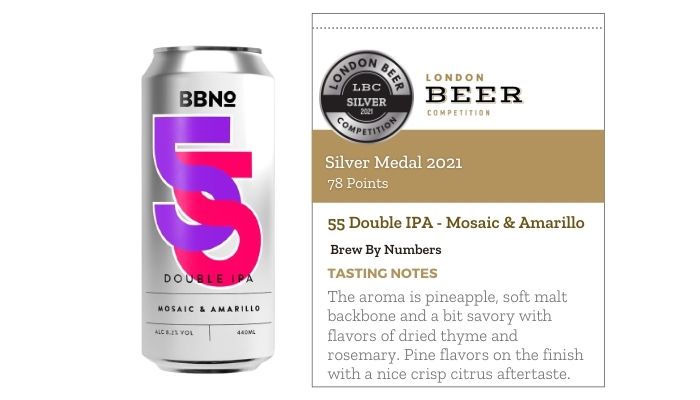 The aroma that combines itself with the flavours of ingredients that are simply going to explode and leave an everlasting memory. Pineapple with an essence of soft malt backbone, and a bit savory with a touch of dried thyme and rosemary, Flavors of pine on the finish, and a nice crisp citrus aftertaste as an overall taste. The drink itself is the reason why English beers are so popular.

The 55 Double IPA claimed a silver medal in the London Beer Competition and hence has earned the bragging rights with credibility. 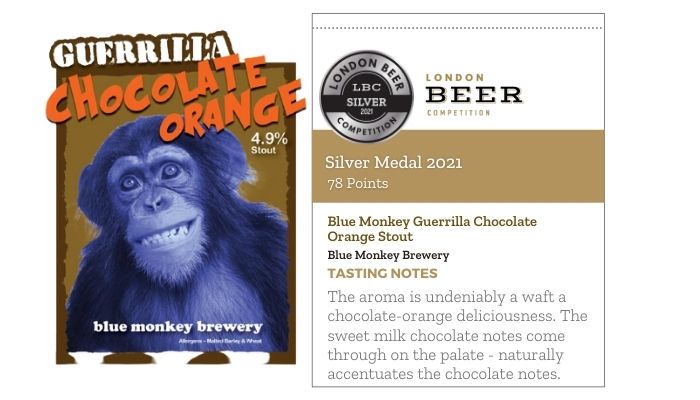 The aroma with an undeniable waft of chocolaty-orange touch can bring a noticeable sweetness to the drink, which makes the drink so delicious. The notes of milk chocolate that leave a visible taste in the aftertaste. Chocolate notes on the palate - naturally accentuate the flavour. The aroma fused well with the drink to bring the best out of the drink.

The Blue Monkey Guerrilla Chocolate Orange Stout is another medal winner in London Beer Competition and continues to back its claims.

9. The Ordinary Bitter by Anspach & Hobday 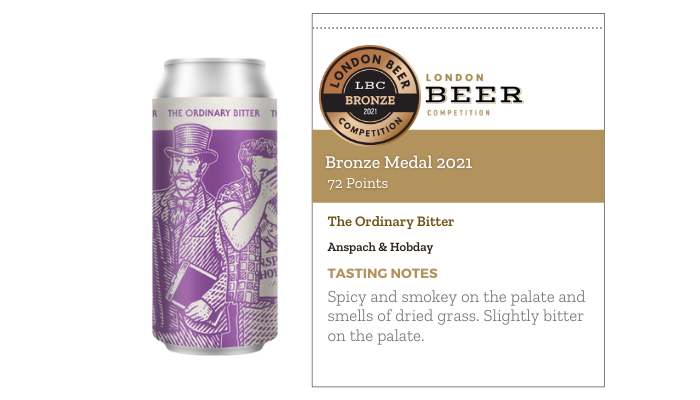 An original session beer with ordinary Bitters forming a cornerstone of English drinking culture while carrying the legacy well. The subtle addition of sweetness while adding a touch of hop bitterness to the beverage on top of a perfectly well-balanced malt. The interpretation that is brought up to date with the use of US Chinook hops. The aromas are quite delicate from the Pine, spicy and dark fruits that are followed by a clean and smooth finish, and a full-bodied palate with the notes of Caramel and Biscuit. Tasty enough to make you understand how it ends up on this list.

The Ordinary Bitter got its producer a bronze medal again with its extraordinary taste and flavours excellent enough to claim the titles. 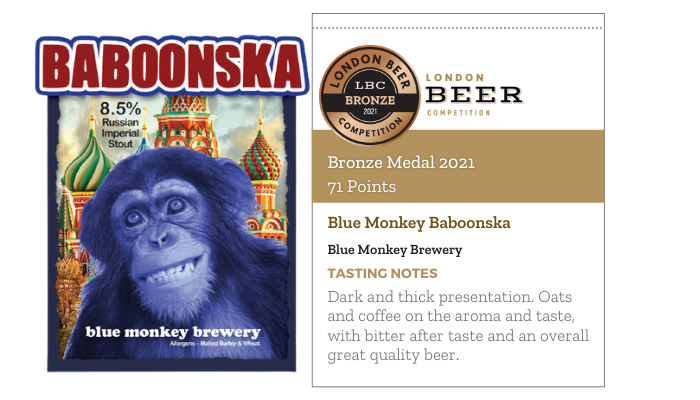 A complex and delightful black Russian Imperial Stout with a soft creamy head, with a malt that is dark and rich with a touch of hops that give this strong beer a smoothness for the finishing. The notes of subtle sticky toffee and flavors from cocoa combined well with the drink that ages for 12 years in a scotch whisky oak barrel. The drink is an experience that needs to be taken into consideration for a drinker that is always open to new and amazing explorations.

The Blue Monkey Baboonska is a medal-winner beer from the London Beer Competition and has made the claims stand correct by backing it with the medal and hence deserves to be on the list of the drinks you must try.

The above-mentioned beers from the United Kingdom are all winners in the London Beer Competition 2021 and hence have made it to this list because of the experience they provide.