Check out one of these specialist shops and get some of the most exciting craft beers made in London breweries.

When a can of Carling isn't going to cut it, seek out one of these specialist shops and take your pick of some of the most exciting craft beers made in London breweries or for beers from microbreweries in the UK, Europe, the US and beyond. However, many of the London bottle shops listed below will continue to offer either takeaway beer and/or online sales, so if you're not yet ready to return to the pub, why not check out and support the places listed below instead?

At 7000 Jars they strive to work with producers who put quality and creativity above anything else. Kingston's first independent craft beer shop stocking independent and classic breweries from the UK and around the world, artisanal spirits and wines from small producers with a focus on organic and low intervention wines.Family-owned bottle shop in Kingston Upon the Thames selling small-batch brews, artisanal wines and gins - opening in September 2017

BottleDog is the first bottle shop from the craft beer experts behind BrewDog. Expect over 250 beers by the bottle from all around the world, as well as growler fills for those looking for the fresh taste of a pint poured down the pub delivered in the comfort of their own home. Staff are also on standby to offer advice to homebrewers. 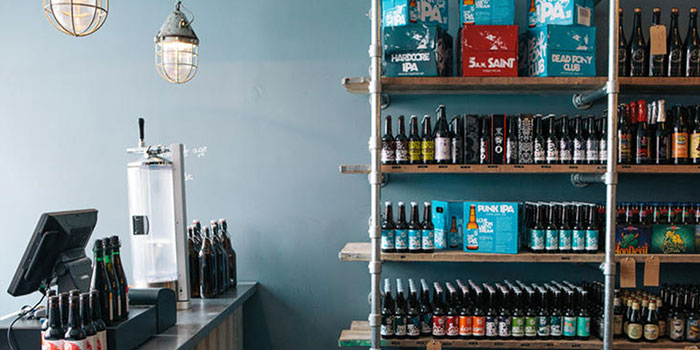 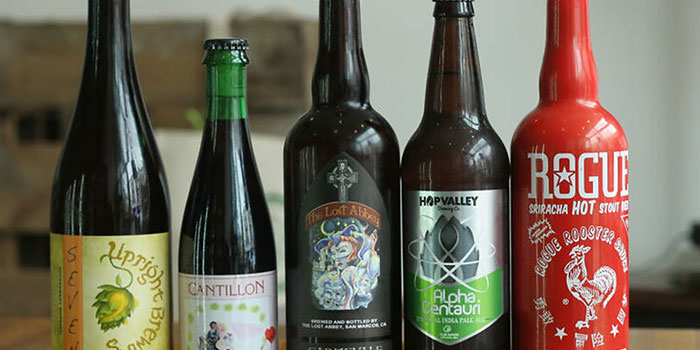 When the original Clapton Craft (the one that’s actually in Clapton) opened back in 2014, it was clear they’d got the formula right. Unsurprisingly, then, expansion didn’t take long: there are now four locations in north London (with a south-London outpost due soon), all offering the same setup of well-curated beers from around the world, plus accessible brews for growler-fill.

An otherwise unremarkable parade of shops in Holloway is actually a magnet for North London beer lovers thanks to this quirky and packed-in little shop. Ales are arranged by country of origin and come from around the world; look out for Odell's 90 /- and 5 Barrel Pale Ale from the US; occasional bottles from Manchester's Marble Brewery or Otley from North Wales also pop up. The full range of Redchurch Brewery beers is available, as is that from the organic Pitfield and Bermondsey's Kernel.

Like Borough Wines, Bottle Apostle is a small but growing chain of wine shops. However, it too doesn’t ignore beer. The Victoria Park outpost is particularly strong, with a whole room dedicated to beer, ale, cider and mead, most of it from within London.

The best bottle shop in London? It’s a strong contender. As well as the original in Clapton, as of 2015, there’s a handsome, brand-new branch in Kentish Town, which has ten types of draught beer to take away in refillable 1-litre bottles and growlers as well as shelves of brilliant beer. Staff are genial and really know their stuff.

The well-travelled owners behind this Brixton-based beer emporium have curated a broad and diverse range of brews, which includes lesser-seen styles from around the world. As well as shelves heaving with bottles and cans, there are four taps pouring beer to drink in or take away. The addition of a beer garden is due in spring 2017. 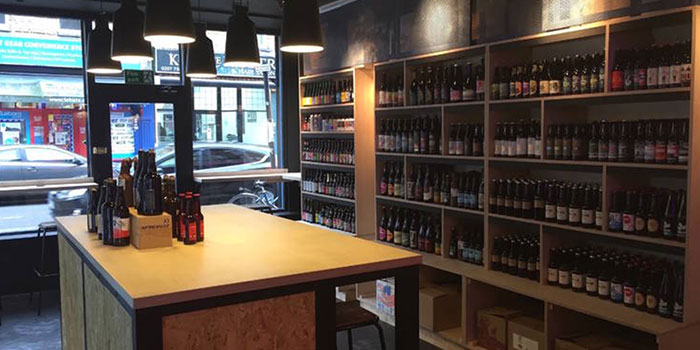