Southern Highlands Brewing from Australia grabs a gold & silver medal along with best in show by country.

Southern Highlands Brewing Co won a Gold medal and ‘Best in Show By Country (Australia)’ for its Goodfather & a Silver medal for its Celtic at the London Beer Competition held on July 6, 2020.

A friendship was formed in 2010 on the rugby field at the Bowral Blacks between Cameron James and Ben Twomey and The Southern Highlands Brewing Co was established after that. Years of constructing and reconstructing the business plan culminated in the launch of the brewery in 2015.

The Head Brewer, Cameron James, is a Highlander born and bred. Also an intrepid beer tourist, he has travelled the world in the pursuit of beer scholarship and fellowship and honed all that inspiration and knowledge for our benefit.

The brewery quickly established itself across the Southern Highlands in a variety of local establishments and supported many of the major local events. The acceptance and the popularity of craft beer in the region inspired the establishment of retail premises and the creation of the brewery’s spiritual home. 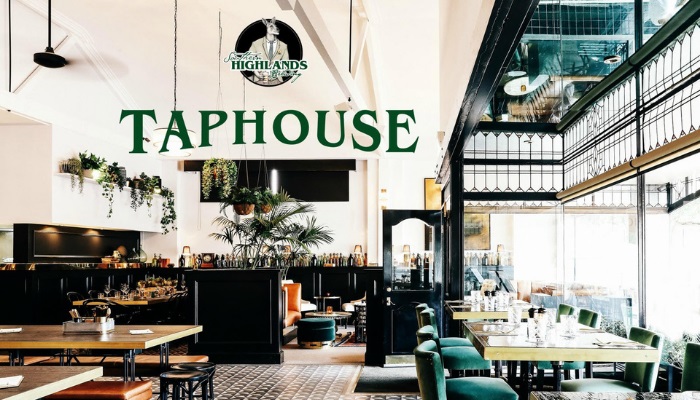 The launch of Taphouse in 2017 embodied the creation of a new beer concept and experience in the Southern Highlands style, with a strong culinary emphasis on beer cuisine. The Taphouse opened its doors on November 4, 2017, and is the showpiece of the brewery; aligning the product, place and people - all quintessentially Southern Highlands!

Goodfather - A Gold medal & ‘Best In Show By Country (Australia)

Goodfather is a Porter - short and dark, but never underestimate the understated. It is very handsome. Let the colour lead you into the forest of dark chocolate and burnt toffee imbued in the roast malt. Both of SHB’s founders, Camo and Ben, lost their fathers to brain cancer so Southern Highlands Brewing Co donates a $1 per every litre sold to the Cure Brain Cancer Foundation.

With 5.5% ABV, Goodfather is served on a stout tap, low carbonation and a tight velvet head.

Celtic is a red ale - a malty gem that combines the best of the Celtic region with its beautiful malts and hops. Southern Highlands Brewing Co has teamed it up with an old English yeast to throw flavours of raisin, roast and hints of nutmeg creating a cracking ale with the deep red hue that charred malt brings to beer. Delivered by hand pump, this ale is low in carbonation and smooth. Celtic contains 4.2% ABV.